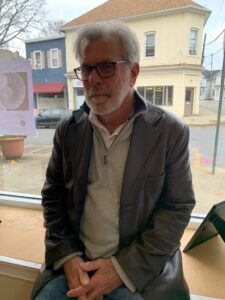 Vinny Kyne was born and raised in Brooklyn NY. He worked in Brooklyn 39 years for Con Edison until he became a Union officer representing the same workforce.
12 years ago, Vinny relocated to Keyport and was an original member of ASK. Newley reinvigorated by the direction of ASK, he is glad to join the board and broaden ASK's reach to include musicians, where his personal interests lie as a competent guitarist. Vinny loves to bring music to town was a pivotal component of this year's Keyport Music Fest produced by the KBBC and often organizes musical events at Artspace88.